Go Back To All Staying Married Articles

Everyone Thought They Were Perfect for Each Other

Rob and Rhonda Bugh have what one might consider to be a fairy tale love story. The two were previously married and widowed, and their pasts were long intertwined. Rob was best friends with Rhonda’s first husband, Tom, and the two families often spent weekends together water skiing and snow skiing. Rhonda’s three children were well acquainted with Rob’s four and grew up together attending church and enjoying vacations. 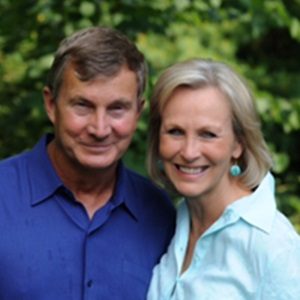 So when Rob and Rhonda lost their spouses to cancer within 18 months of each other, it seemed natural to many of their friends that they should get married. “We began to discover that people were praying that Rhonda and I would get together,” Rob says.

Rob is the senior pastor of Wheaton Bible Church in Chicago, a church of more than 4,000, and Rhonda is an established pediatrician. Both are successful, godly people who took the time to study and prepare for the next step of forming a blended family. “We did all the research,” Rhonda says.

They even took their children to a therapist to discuss grief and the concerns that might come up. Rob and Rhonda felt confident on the day they took their vows that, even though their dating and engagement period was less than a year, they had prevented any major problems from developing and expected an easy transition.

And then they started their life together.

All of their children were grown and living on their own, except for 13-year-old Ryan, Rob’s son. Rob and Rhonda soon discovered that their parenting styles were very different. While Rob was much more laid back about family rules, Rhonda was stricter. “For example, it was no problem for Rob that Ryan would dribble basketballs in the house,” Rhonda said. “But our new home (which was a new construction that no one had ever lived in before) had hard wood floors, and I was not okay with that.”

Rob felt a lot of guilt regarding Ryan’s needs, fearing that his son wasn’t getting the kind of love and attention a grieving boy deserves. Rhonda felt that Rob’s love for Ryan was putting her at a distant second place. And Ryan was dealing with suppressed bitterness that developed early on when he saw his dad kissing Rhonda during their courtship. So there was a lot of tension in the home about whose parenting rules were right. A lot of decisions were within the backdrop of hurt feelings.

The Bughs also discovered that the way they showed love for one another was different. Rhonda showed love through practical means, like doing something kind for Rob, which is known as “acts of service” in a book by Gary Chapman called The Five Love Languages. And Rob showed love through words that uplift and encourage, known as “words of affirmation.” So the way the couple tried to show affection wasn’t connecting.

They also discovered that they were not resolving conflict effectively. Neither trusted the other person to be truly regretful. “Rob would say, ‘I’m sorry,’ and that meant nothing to me. It seemed cheap and insincere,” Rhonda says, “so I would harbor bitterness towards him.”

The couple who had been so much in love just a few months earlier was having serious reservations about the viability of their marriage. “If we hadn’t been the strong Christians that we are, I don’t think we would have made it,” Rob says. But they wanted to honor God with their marriage and make things work.

Desperate for answers, Rob reached out to Ron Deal, author of The Smart Stepfamily and director of FamilyLife Blended™, a ministry dedicated to building healthy God-honoring stepfamilies. The Bughs had read Ron’s books as a dating couple, but “nothing we read could have prepared us for what we faced,” Rhonda says. “We just hadn’t given our relationship enough time to develop before we got married.”

Ron assured Rob and Rhonda that the conflicts they were experiencing were issues most blended couples face. “He enabled us to throttle back our expectations,” Rob says, “and we learned to lean into God’s grace and extend that grace to one another.”

Ron counseled Rob to make Rhonda a higher priority than Ryan. “Ron taught us that blood is thicker than marriage,” Rhonda says. They had to learn to fight the urge to automatically side with their children in conflicts and see the issues as a team. “I knew it was biblical,” Rob says, “so I had to work on holding back my reactions and agree with Rhonda more.”

They also made date nights a priority each week. “We had to build a relationship with each other,” Rob says. “We tried to fit in dates anywhere we could, even going on long business trips together and finding time to get away for some one-on-one time.” 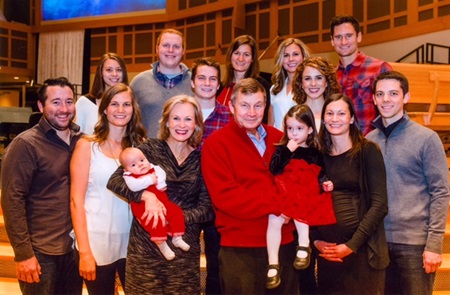 Rhonda learned how to adjust to a new family and a new sense of normal. “In a remarried widowed situation, the tendency during conflict is to want things to go back the way things used to be in your previous marriage. But that can’t happen,” Rhonda says. “Ron helped me accept my situation and to see that we were normal. He affirmed what I was feeling, and helped me realize our struggles were not unusual.”

Rob adds, “We learned through Ron’s teaching that the honeymoon for remarried couples isn’t at the front of the marriage; it’s on the backend. And we’re experiencing the fruit of that now.”

The couple has now been married over eight years, and “it gets better every day,” Rob says. He and Rhonda continue to use Ron Deal’s resources in their church and their ministry and have hosted Ron’s Successful Stepfamily event. They have also led a blended family small group, and Rob and Rhonda are now both on the advisory board for FamilyLife Blended.

“When you join two families together, you are merging at 75 miles per hour. It’s not going to be a smooth transition,” Rob says. “The most important lesson to me was that blending a family takes a lot longer than I thought.”

“It has been a rocky road,” Rhonda says, “but I have a husband that is intelligent and godly, and I thank God for him every day. All the work has been worth it.”

Copyright 2016 by FamilyLife. All rights reserved.

Family Worship: How to Make It Happen

with Don Whitney, Lauren Chandler January 15, 2022
If the only time your kids see you worshipping God is at church on Sunday morning, then your kids are missing out on a rich experience that could bond your family on a soul-to-soul level. Don Whitney and Lauren Chandler talk about worshiping together with their families.