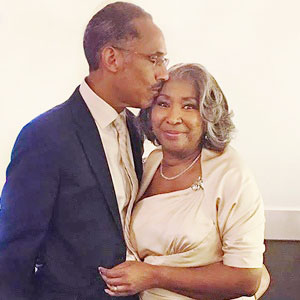 After less than a year of marriage, Guy Williams was moving out. He and Vivian had each been married previously, and they were overwhelmed by the frustrations of blending their two homes. They just couldn’t 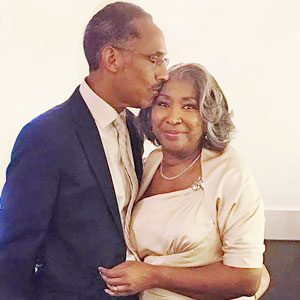 make it work. Guy and Vivian carried boxes from their townhouse to Guy’s car. An upstairs neighbor walked onto her balcony and watched the drama unfold before her.

But when the car was half packed, something caused Vivian to wonder if they were making a terrible mistake.

She remembered when she had fallen in love with Guy. They had both been in the military and now worked for the same state agency in Illinois. They had so much in common; they could talk about anything.

Like Vivian, Guy loved the Lord, and he understood her desires to be active in church and involved in ministry.

Neither wanted to begin a relationship and then have it end like their previous marriages. When they began dating, they had even talked about being careful not to repeat old mistakes. And yet, after just months of trying to do life together, they felt like giving up.

This just didn’t seem right, to quit so soon. So Vivian stopped and asked, “What are we doing?”

Those four words were all it took to jar both of them into reality. Why were they giving up their marriage so easily?

Guy and Vivian embraced, and then began to unpack his car. Vivian recalls the upstairs neighbor looking perplexed. She was unaware that she had witnessed the resuscitation of a dying marriage … the first breath of new life for not only Guy and Vivian, but also for their legacy.

When Guy and Vivian started dating, she was a single mother with three girls, and he had two daughters and a young son. Guy was amazed by how easily Vivian seemed to juggle work and home. As they fell in love he thought, If she could do such a good job with her children, let’s add my crew to the combination and we’ll have the perfect coming together.

After dating for a year, they decided to get married and went to premarital counseling. However, those sessions didn’t address the unique challenges of remarriage and stepfamilies. The Williams were not prepared for the problems they would have trying to combine their children into one home.

At the time, Guy had an 18-year-old daughter who lived with him intermittently. He also had a grown daughter, and a 10-year-old son who lived with his mother and visited Guy on weekends. Vivian, on the other hand, had three daughters—17-year-old twins and a 12-year-old. Guy and his 18-year old daughter moved into Vivian’s three-bedroom townhouse where they joined Vivian’s three girls.

They expected their marriage to be ideal because they were both committed Christians and the best of friends. But everything seemed to change after they became husband and wife.

The children, for example, became possessive of their biological parents. And being crowded into a three-bedroom townhouse did not help. There was a lot of bickering and arguing among the kids.

Vivian had raised her daughters with standards that Guy’s daughter was not accustomed to, and that caused some friction. For example, Vivian’s daughters knew what she meant when she said to clean the kitchen—wiping off the counter and the stove, sweeping the kitchen floor, and taking out the garbage were included. But to Guy’s daughter, putting dishes in the dishwasher completed the job.

After explaining multiple times how to clean a kitchen, Vivian found herself getting increasingly frustrated with this young lady. When Guy did not come to her defense, she felt like the enemy.

When Guy’s son came to visit, new tensions arose. No matter what Vivian prepared for dinner, one child would like the meal and another would not. If someone wanted to spend quiet time reading, another would start to play the guitar. Vivian waited for Guy to fix the situation, and he didn’t. She wanted everyone in the household to sit down together and discuss the matter, but Guy believed individual conversations were best.

After seven months, the day-to-day challenges of trying to merge two families reached a breaking point. Vivian told Guy that she wanted him to take more of a leadership role and lay down the law in their home. But he said that wasn’t his style. They traded complaints about the kids. Back and forth they went, with higher and higher voices. Finally Vivian blurted out that their marriage was not working. “Fine,” Guy said, “I’ll just leave.”

That was the day, back in 2001, when Guy and Vivian almost ended it all. Today they are grateful they stopped to consider what they were doing. Instead of getting a divorce, they got help.

Discovering resources for their marriage and stepfamily

A few months after Guy almost left for good, the home environment improved when Vivian’s twin daughters moved away to college and Guy’s daughter moved out of state. This reduced some tensions.

It wasn’t until 2006, when Guy stumbled on Ron Deal’s book The Smart Stepfamily, that the Williamses began to understand what had initially gone wrong in their blended marriage. They felt affirmed as they read about the unique challenges of combining two different homes into one. And they learned how their marriage affected not just their relationship, but also their children’s relationships to their biological parents.

Reading The Smart Stepfamily gave Guy and Vivian needed insight into what kids go through when they travel from house to house. And the advice it gave about discipline for younger children was very helpful. They learned it is better for biological parents to discipline their biological children. Vivian had thought that Guy, as “head of the household,” should discipline all of the children.

After reading Ron’s book for stepfamilies, Guy remembered hearing a radio ad for a Weekend to Remember® marriage getaway. He and Vivian decided to go. At the getaway they found what had been missing in their relationship—a biblical blueprint for their marriage.

They discovered that a good marriage doesn’t just happen; it requires a husband and a wife working together to become one.

Vivian learned that her husband was not her enemy. That despite their differences and challenges, they were on the same team. She also realized that she had taken her husband’s unconditional love for granted. “When I am in my ugliest mood,” she says, “Guy’s job is to just love me as Christ loves me.”

The sessions on communication helped Guy understand that some of their marriage problems could be traced directly to his poor communication skills. He learned not to keep anxious thoughts trapped inside, but instead to tell Vivian how he is feeling.

Guy also began to consider Vivian’s health issues. “If she is not feeling well, I need to pay attention,” he says. Instead of considering first how Vivian is to love and comfort him, he now focuses on his role of loving and comforting her.

Continuing to invest in marriage

The Williamses learned so much at that first marriage getaway that they’ve returned year after year. Wanting to help others, in 2011 they joined their local Weekend to Remember volunteer team in Peoria, Illinois. In 2013 they became its directors. They wanted to help other couples learn the same life-changing principles that had transformed their marriage.

They say they will never stop investing in their marriage. In 2014 they went on FamilyLife’s Love Like You Mean It® marriage cruise.

When Guy was packing up his car to leave Vivian many years ago, they knew their upstairs neighbor was watching. What they didn’t understand at the time was that their marriage was also being observed by their children.

Now all of the Williamses’ married children want a Christ-centered relationship like their parents’. They have all gone to a Weekend to Remember getaway. Even their single daughter went to one so she could be better prepared for marriage one day.

Guy and Vivian are grateful that God breathed new life into their once-dying marriage. They remind struggling couples not to give up on their marriages so easily, to ask themselves two questions: “What are we doing?” and “Who is watching us?”

Both Vivian and Guy had been married before, and the frustrations of trying to blend their two homes had reached a breaking point.

Part of the Family of God