After 18 years of marriage, Scott Garmon woke up one morning, looked at his sleeping wife and thought, Who is this woman lying next to me? He began to weep. He felt something inside of him was missing. 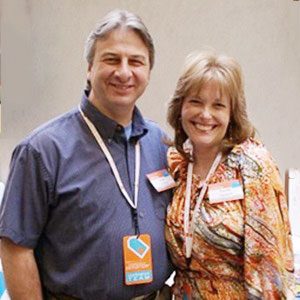 Whatever threads of feeling Scott once had for Suzette had long disappeared. Isolated … lonely, Scott had felt disrespected by Suzette throughout their entire marriage. But Suzette was oblivious to her husband’s despair.

Scott became more and more disconnected from Suzette. Although he wore a smile at church and work, he believed his marriage was doomed. A few months before their twentieth anniversary, he went on a weekend renewal retreat for men. God, if You are here, he prayed, show up, because I’m at the point where I’m ready to walk away and give up on life.

When Scott returned home he had a glimmer of hope for his marriage. But that hope dimmed after he told his wife that he wanted to go on a short mission trip to Africa. “No, you’re not!” she said.

From the expression on his face, Suzette was jerked into reality. She realized she didn’t really know her husband. In her mind, she was Scott’s wife and he was supposed to make her happy.

Both Scott and Suzette had come to the same conclusion: Their marriage was in deep trouble.

“You’re not meant to break up”

After months of fighting with Scott, Suzette told a dear friend, Dana, about their hurtful arguments. “You need to go to a FamilyLife Weekend to Remember®” Dana said. “You’re not meant to break up; you’ve been together too long.”

Reluctantly the Garmons agreed to attend a Weekend to Remember getaway in November 2005. They went purely out of an obligation to Dana and her husband, who had surprised them by paying for their registration. At the time, Scott had no desire to live the rest of his life with Suzette. He was secretly making plans to divorce her.

During the weekend, while learning about God’s purposes for marriage, the couples were assigned to write love letters to each other. Suzette didn’t even know how to begin. She told God that she didn’t understand how to be a good wife and promised she would do whatever it took to save her marriage.

After praying, Suzette had an overwhelming sense of peace. She sensed God saying, Your marriage will make it, but it’s going to be hard. Suzette didn’t care how hard it would be. She was determined not to lose Scott.

When the getaway ended on Sunday, Suzette told Scott that she had changed. “We’re going to make it! We’re going to be okay!” She also said she had checked a box on the evaluation form indicating that she wanted to join the FamilyLife volunteer team.

Scott looked at Suzette with disbelief. “I am not going to volunteer for this organization.” He said if she happened to be recognized as a volunteer at the event in 2006, she’d either be alone or with another man.

The test of a lifetime

Suzette did her best to please her husband, but he would respond by saying, “I don’t love you!” He constantly told her, “You need to find another man.” He even suggested that she find “one of those rich, divorced fathers” at the school where she worked, and start dating him.

Sometimes when she left for work, Scott stood at the door and yelled, “I don’t love you. I don’t care if you come back.”

When that happened Suzette cried all the way to work. God, this is so hard, she prayed, but I know You want me to do this.

On December 20, 2005, Suzette began to doubt if her marriage would make it. That’s the day when she found some e-mails Scott had sent to his old high school girlfriend. Suzette read a long poem that he had written to the woman, “What if you had been the one I had been with?”

“It just killed me,” Suzette says.

Overcome with emotion, she shoved the computer screen to the floor. Was there any hope?

Thinking about giving up on her marriage, Suzette called her friend Dana.

“You’ve got to stay strong,” Dana said. “You can get through this.”

For the next four days Suzette had plenty of time to think about Dana’s words; she and Scott were not speaking to one another. Then, on Christmas Eve, as Scott put the children’s bikes together, Suzette walked up to him and said, “I want to make love to you.”

Suzette explains that she sensed God telling her to love her husband no matter what he had done. “So I had to just keep doing things like that, and that would amaze him,” she says.

After two months of testing his wife’s claim to be a changed woman, Scott stopped taunting her, thinking, There is something different here.

Suzette had new hope for her marriage when Scott gave her a Valentine’s Day gift. “Are you coming around?” she asked.

It was a start.

Several months later, when Scott told his wife that he wanted to go on a mission trip to East Asia, this time she replied, “I want you to go.” He was stunned.

On a prayer walk during his mission trip, Scott realized that he had been wrong to want to do mission work when he was abandoning his first mission field—his family. God reminded Scott not to throw away His gifts of Suzette and their children.

When Scott returned home, he told Suzette that he knew that God wanted them to stay together. Then he added, “I don’t love you. I feel nothing for you. I am here on faith because God said ‘Go home.’”

Two weeks after Scott returned from East Asia, he and Suzette sat at church like wooden bookends. Their children were seated between them. As the minister began his sermon, Scott reflected on something he had learned at the Weekend to Remember: Love is not a feeling, but a choice. He bowed his head and begged God to help him once again feel love for his wife. 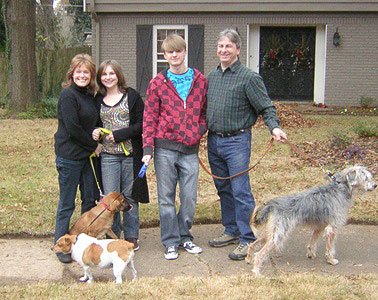 After his prayer, Scott whispered to the children, “Move, I’ve got to get over there near your mother.” Suzette was shocked as he scooted near her side. Some people seated nearby turned to see what was going on.

Scott faced his wife, “I love you again! It’s all coming back. I love you more than I ever have.”

Scott had finally joined Suzette in the fight to save their marriage.

Over the following months he and Suzette worked through their many problems. Little by little God transformed their relationship. Scott even joined Suzette on the FamilyLife volunteer team to help promote the Weekend to Remember.

They had made it.

Copyright © 2010 by FamilyLife. All rights reserved.

Scott Garmon couldn't understand why he should stay in an unhappy marriage.

Part of the Family of God