Go Back To All Commitment Articles

I’m Glad They Stayed Together

My parents were particularly chatty one normal Thursday evening. My husband, David, and I stood around their kitchen island where many past conversations had blossomed. Waiting for the rolls to finish warming, we enjoyed stories filled with “remember whens.”

We laughed about the time my brother accidentally kicked me in the mouth while jumping on the bed. He chipped my bottom front tooth, which I never got fixed. Later, my dad retold the story of how we ended up in a high-speed chase in the middle of a family trip, trying to escape a crazy man driving on the highway in the middle of the night. 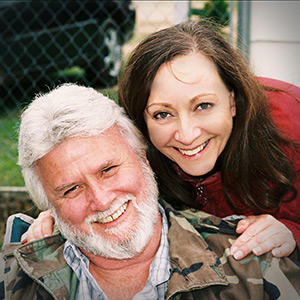 That reminded me of another trip we took when I was in kindergarten. We went to California to visit my mother’s family, but I remembered something odd: Daddy wasn’t there. “Do you remember that trip?” I asked, still smiling from the previous stories.

“Oh, yes,” my mom casually replied, “That was the time I was leaving your father.”

The way she said it, you would think she was talking about going to the grocery store or taking a walk. But I was shocked! Why was this the first time I heard about it?

“What? You were leaving Daddy?”

“Yes, I had decided that enough was enough, and I was leaving him,” she said.

Well, that was fine for her, but what about us kids? Didn’t we have a say in it? She had thrown us on a plane under false pretenses (taking a trip to see our grandparents), and she was planning to keep us there for the rest of our lives!

And then she told the rest of the story. “When I got there, I missed him so much. I realized I just couldn’t live without him, and I had to come back.” Her eyes sparkled as she glanced at my father.

Don’t get me wrong. I knew that my parents had some problems in their marriage, some very hard times, but what came as a surprise to me was the fact that they were that close to splitting up.

My life flashed before my eyes. As I watched a mental slide show clicking through my childhood memories, I couldn’t help but ask myself, How different would my life be if they had decided to go their separate ways?

As I sat there thinking about all these precious memories, I told myself, I’m so glad they stayed together. They didn’t have to stay married. At the time, divorce was becoming more common; women were claiming their independence. They could have taken the easy way out, but they chose to stay committed because it was the right thing to do … both in God’s eyes and for the health of the family.

I’ve heard them talk about the pain and hurt they went through in their marriage, and I really don’t blame them for having second thoughts. But now that we’re in the future and the problems have been worked out, we all agree (including my mother and father) that it was worth the sacrifices they made to stay together.

If you saw my parents now, I’m sure you would find it hard to believe that they were once contemplating divorce. They lead a Bible study at church for married couples, and they use the struggles that they had in the past to help others see that there is hope, no matter how difficult the marriage.

Yes, my mother and father still argue—they’re still different as night and day. But they’ve learned to appreciate each other’s strengths and weaknesses. It’s sweet to see them sneak a kiss and a squeeze when they think no one is looking … it makes me sad to think they almost missed those moments.

If you are in a struggling marriage, don’t give up. There is hope for your family just like mine. FamilyLife has created dozens of resources for you and your family. Please carefully browse our website for help for your marriage.

Copyright © 2007 by FamilyLife. All rights reserved.

with Ron Deal January 17, 2022
With well over half of couples today living together before marriage there must be some really good benefits to doing so, right?